Write up on Berrics

We had a great write up from Steve Berra glad to say from our first official Promo clip he understood what we are about.

There’s a new company based out of the UK called Would Skateboards. They’re not trying to win $500 for best trick. They’re not trying to be the hardest dudes at the party or the hardest partyers. They like the simpler side of things. Simple tricks done clean and with style. The product reflects their approach towards skateboarding and it’s a nice, clean alternative to everything else on the market. Something you can get behind if it’s your approach to skateboarding as well. Anyhow, they just released a little promo to show you what they’re all about. It’s pretty cool. – sb 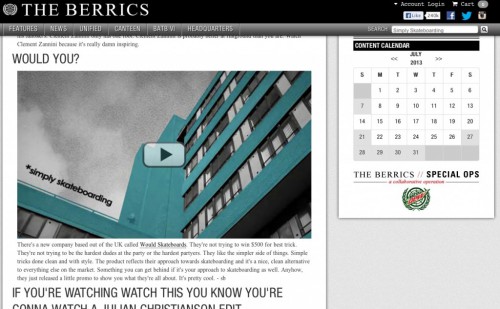